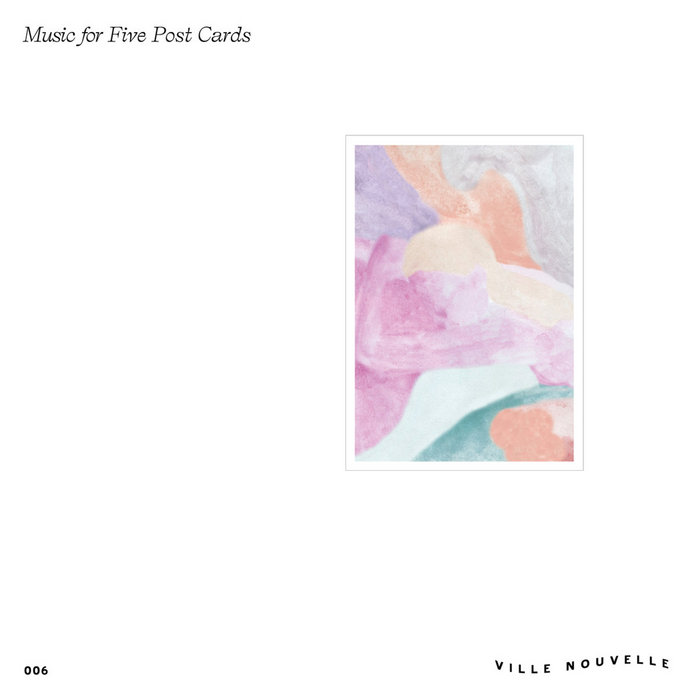 Released on 12" vinyl by Ville Nouvelle.

Listen to the full compilation: villenouvelle.bandcamp.com/album/vnc006-music-for-five-post-cards

"Music for Five Post Cards was born from a free interpretation of the title of Hiroshi Yoshimura’s debut LP released in 1982. Bringing together five artists from across the globe, both old and new to the label, the compilation materialises as a musical ballad, 40 minutes long, and evoking feelings of travel and the contemplation of nature.

In the continuity of Ville Nouvelle’s exploration, each track is transformed into a respective postcard by the french artist Alexis Jamet, who was given carte blanche for this exercise.

The project appears as a personal mosaic of evocations reflecting both in image and music a kind of international feeling."